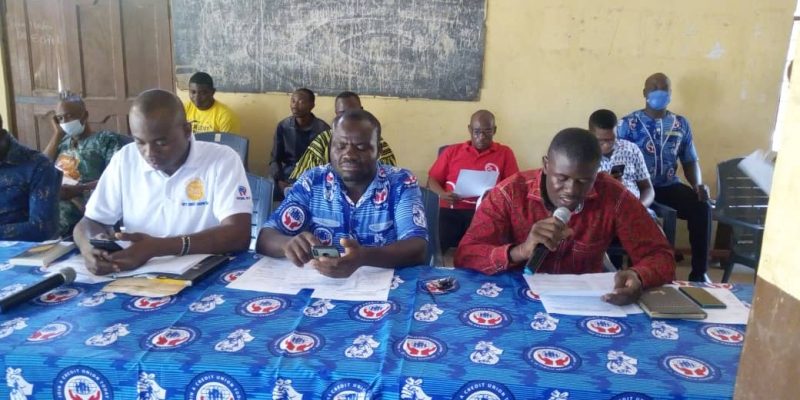 The Bole Community Co-operative Credit Union (BCCCU), has on Saturday December 19, 2020, held its Annual General Meeting for members and share holders to deliberate on the financial statements of the business entity.

As a member of the APEX Bank, BCCCU deemed it necessary to update its customers on the gains and losses made as far as the operations of the credit union are concerned .

The union used the opportunity to form their Board of Directors, loans committee, and supervisory committee to over oversee the day to day activities of the Union.

Speaking to Yagbon News, Mr Dramani Natomah Adams, who is the Chairman of Board of Directors for BCCCU, the Upper West chapter and also Vice President of the National CUAG, said leadership is working tiredlessly to improve the general performance of the Union.

“Leadership is all about proven yourself quality leadership skills and what our predecessors has done has challenged us to do better”, Mr Adams noted.

Outlining the achievements and financial standings of the union, thehe General Manager for BCCCU, Mr Issah Husein, said the union has grown from strength to strength.

According to the international finance expert, the union started with only GHC 200.00 as its capital but now can now boast of over 8 million Ghana Cedis worth of Assets including three branches in addition to the main branch in Bole.

Bole cooperative credit union was revamped in 2011 with on one branch but now has branches in Tinga, Tuna and Damongo.

Wuripe and Sons Royal Lodge in Bole opened to public.